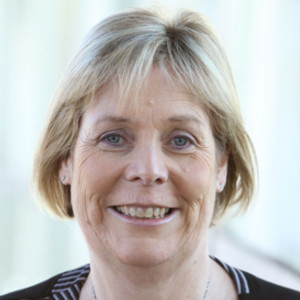 Dr. Meaney graduated from NIHE Dublin with a BSc in Analytical Science in 1986 and a PhD in Analytical Chemistry from Dublin City University (DCU) in 1989.  He PhD studies were partially completed in the University of Wollongong, Australia.

Dr. Meaney's academic career began as an assistant lecturer in DCU in 1989 where she progressed to lecturer and subsequently became the Assistant Registrar with the same university.  She became Registrar of ITB in 1999, and was appointed President in 2000.  Dr. Meaney has overseen the growth of ITB from its foundation in 1999 to its present strength.

Dr Meaney was a member of the Enterprise Strategy Group established in 2003. This government task force made recommendations to government on a range of enterprise strategies for implementation.

She is currently a board member of the CAO, the national applications system for entry to higher education in Ireland and IOTI, an umbrella body representing the Institutes of Technology in Ireland.

In partnership with the presidents of DIT and ITT-Dublin Dr Meaney has developed a strategy for the development of a new Technological University for Dublin which it is hoped will be implemented in the next few years.