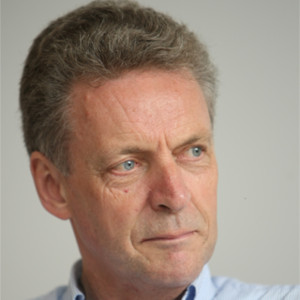 Hubert Froyen was born in Belgium in 1947. He is a person with a congenital absence of a right hand.

Since 1973 teaching architecture in Belgium, at the former PHL Department of Architecture, now integrated in Hasselt University (UHasselt), Faculty of Architecture and Arts, and appointed professor in January 1996. On April 1st, 2012 emeritus status was accorded to him.

Former director of the Belgian national membership organisation of the ‘European Institute for Design and Disability’, and actual member of UIA Work Programme ‘Architecture for All’, in Region 1.

Author of a Dutch language design guide for Adaptable Housing (1994) and a Universal Design Toolkit (2006). In May 2012 he published ‘Universal Design. Een methodologische benadering’ (Dutch). In November 2012 the English translation, under the title ‘Universal Design, A Methodological Approach, A Pathway to Human-Friendly and Elegant Architecture’ is published by the Institute for Human Centered Design, 200 Portland Street, Boston Ma 02114, USA.

In his ongoing work in the field of ‘integral and inclusive Design for All’ / Universal Design, he finds a fruitful symbiosis of his professional career as an architect-researcher / design teacher, and his private life as a person with a congenital limb deficiency.