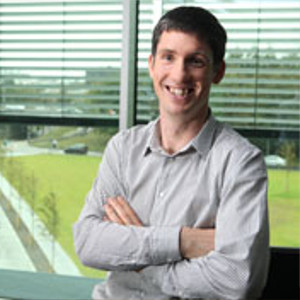 As well as collaborating with industry, he has also completed engaged research projects with colleagues in leading international universities, such as UC Berkeley, Purdue University, Imperial College London, Trinity College Dublin, University of Liege, University of Pavia, NTU Athens, University of Darmstadt, University Ljubljana, etc. Jamie has facilitated over 130 undergraduate group community-based research projects over the last four years through service learning, many of which had a positive tangible output and direct impact on society (e.g. in 2011, 95% of our community partners said they implemented some or all of the recommendations). Through the ‘Engineering for Humanity’ programme, which he established with the Alan Kerins Projects as a collaboration with NUI Galway, together with undergraduate and postgraduate students, they have conducted a significant amount of research into strength and durability of stabilised soil blocks. This has aided in the set up and commercialisation of a micro-enterprise block making project in Kaoma, Western Zambia, where they train up locals in how to make blocks, as well as aiming to make a profit from the sale of blocks.

Jamie has received more than 20 awards for both his research and teaching activities. For example, his contribution to research in Ireland was recognised in 2012 when he received the Young Researcher’s Award at the BCRI conference as a result of his substantial contribution to the advancement of knowledge in the areas of the conference. With his PhD student, Declan Gavigan, he received the Top Young Engineers’ Award at the International Association of Bridge and Structural Engineering (IABSE) Conference in Egypt in 2012.